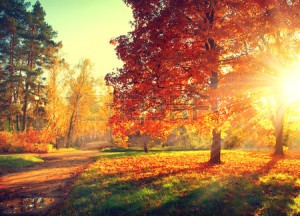 Talk about a testament of determination and passion that folks in the tree-care industry possess: Mitchell Joynt, a young arborist in New Zealand, lost his leg six months ago after a job-related injury. But that hasn’t kept him from returning to the career he loves.

Joynt told One News in New Zealand that he lost his leg when his foot got caught in a wood chipper.

“It was the end off the day,” he adds. “I sort of casually kicked it in. We were on a gravel road, so my other foot just slipped on the gravel and it just dragged me in.”

His team quickly sprang into action. Because they were in a remote spot, the coworkers were faced with performing the best first-aid they could. They did a wonderful job; despite the loss of his limb, he survived an hour-and-a-half wait before paramedics arrived. The bandage wasn’t removed until leg-amputation surgery was performed the following day.

Joynt has kept a positive attitude throughout: “Obviously, there are some days when I wish I had a leg, but nah, it’s not too bad.”

Six months after the accident, he’s back on the job, climbing trees and caring for them.

The first time he climbed, “I wasn’t even really walking properly yet, and it was just sort of awkward and slow,” he told the news station. Still, “I was stoked to get back to work. I hated being at home doing nothing. There are only so many DVDs to watch.”

We at Integrity Tree Care commend our colleague for his spirit and determination!