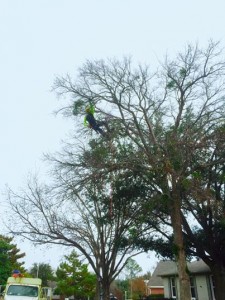 The city of Allen has an interesting claim to fame: It was the site of the first-ever train robbery in Texas.

Notorious villain Sam Bass and his gang were responsible for the robbery, which took place on Feb. 22, 1878. Before arriving in Texas, they robbed a train in Nebraska and got away with a whopping $60,000, most of it in the form of newly minted gold pieces. In Allen, Bass netted just a fraction of that, but he further cemented his reputation as one of the most brazen criminals of his time. (Bass was eventually shot and killed by the Texas Rangers in Round Rock.)

Nearby McKinney, meanwhile, doesn’t have as colorful of a past but it makes up for that in current popularity. In the fall of 2014, McKinney topped the list of CNN/Money magazine’s “best places to live” poll. Two years prior, it ranked second on the same list. 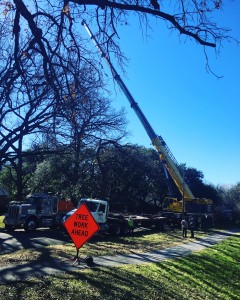 If you live in either very livable city, give us a call for your tree care needs. We strive be the best in the business, and it shows in our work. So if you’re looking for Allen-McKinney tree pruning or a respectable, reliable tree trimming service, contact us today!

A few more interesting tidbits about the area you call home: